The form cannot be rendered. This may be due to a misconfiguration of the Microsoft SharePoint Server State Service. For more information, contact your server administrator

I was having a requirement to create SharePoint 2013 approval workflow using 2010 template. workflow was attached to content type.
Issue I was facing, while going to start the workflow it gives error of "The form cannot be rendered. This may be due to a misconfiguration of the Microsoft SharePoint Server State Service. For more information, contact your server administrator"

After some research came to find the solution,  this is related to state service as mentioned in error above.

And now again I tried to start the workflow, and it started successfully!
Posted by Anuja at 2:43 AM No comments:


I was facing weird issue in SharePoint 2013 Designer workflow.
Scenario was,
I wanted to create one list workflow where custom list was created programmatically and having my custom workflow task list created through code as well custom content type and outcome columns also created programmatically.
Now in workflow stage having an Assign task action and in Outcome options using the above created content type and site columns, see the figure below: 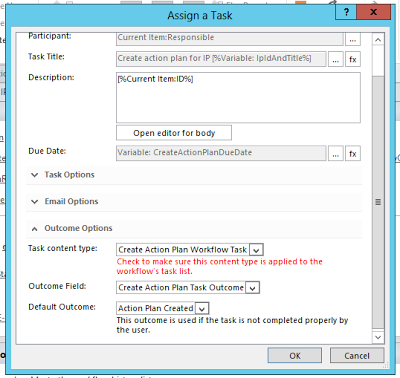 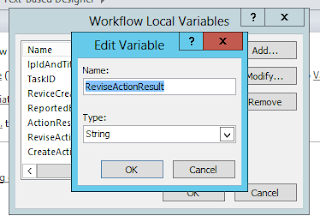 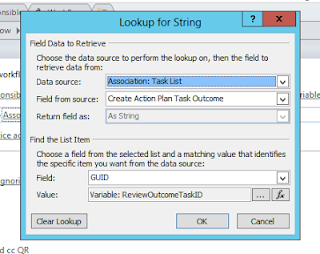 Errors were found when compiling the workflow. The workflow files were saved but cannot run. - SharePoint 2013

Today while trying to publish the workflow, came across the weird error
"Errors were found when compiling the workflow. The workflow files were saved but cannot run."

After digging into it, came to the solution that need to  Re-register service into my site using following commands:

Hope this will save your time.